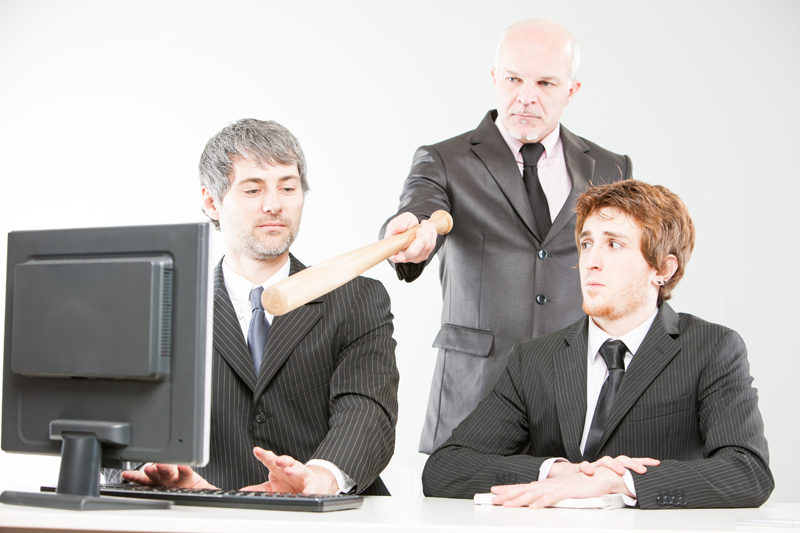 Posted on February 2, 2018 in Workplace Harassment

Workplace bullying is unfortunately very common across San Diego at every level, from the most junior of employees right through to executive management. However, as anyone who has ever been the victim of workplace bullying will know, bullies are often smart enough to keep their activities under the radar, discouraging reporting and making it hard for managers and HR professionals to take action.

Being able to understand the types of behaviors that workplace bullies display and learning to identify common tactics used by bullies in the workplace can help to ensure that you don’t fall victim to bullying yourself. It will also help you to recognize workplace bullying in San Diego and take action if you are targeted by the office bully.

First of all, it is important to understand that being targeted by a bully is not so much about you or something that you have done to offend the other party, but more about the bully themselves. Bullying is often motivated by insecurity – perhaps the bully feels threatened by you, or is jealous of your success or progression within the company.

Bullies often mask their own self-esteem issues by lashing out at others, or attempting to sabotage the performance or self confidence of others in an attempt to disguise their own failings.

Gaining recognition for good work, being popular with your colleagues, or having a good working relationship with your superiors are sometimes all it takes to become the target of a San Diego bully, which of course again indicates an issue with the bully themselves and not you or your work.

Bullies are often subtle and creative in terms of their behavior towards their victims so knowing how to recognize patterns of bullying can help you to get a head start on identifying it for what it is.

Here are 25 of the most common tactics used by workplace bullies, based on the studies of Gary Namie PhD, director of the Workplace Bullying Institute.

This list is not exhaustive, but it does give a good outline of some of the most common modes of operation for workplace bullies in San Diego.

If you have been the victim of a workplace bully or if you feel that you are being victimized by a colleague or boss and you aren’t sure what to do about it, don’t suffer in silence.