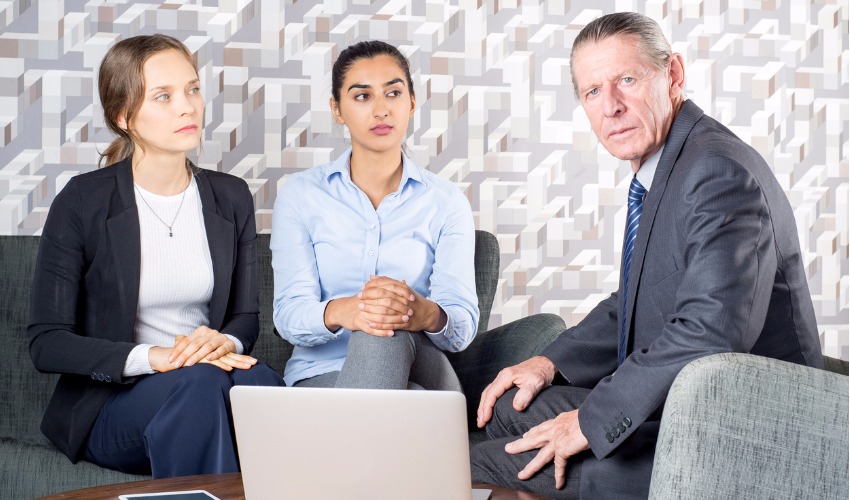 Have You Been a Victim of Age Discrimination in the Workplace?

Ageism or age-based discrimination against older workers (generally considered to be those over the age of 40) is perhaps the most common form of workplace discrimination in the USA, and yet it can also be one of the hardest to pin down and define. However, age discrimination is no more acceptable than discrimination on any other basis, and an employer is not permitted to penalize you, discriminate against you, or deny you a job or opportunity because of your age.

In this post, we will explain in more detail what the term “ageism” means, and how to recognize age discrimination in the workplace – as well as what to do about it.

What Is Ageism Or Age Discrimination In The San Diego Workplace?

Ageism or age discrimination in the workplace is defined as treating an older employee or prospective employee less favorably due to their age – denying or discouraging a person from getting a job, progressing at work, or otherwise missing out on things that are available to or offered to younger people because the person in question is over a certain age threshold.

Ageism is a form of illegal workplace discrimination that is protected against in law under the remit of the Age Discrimination in Employment Act or ADEA, and this law is designed specifically to protect workers aged 40 or over from age-based discrimination.

How Common Is Ageism In The USA and San Diego?

Despite its protection in law, around 20,000-25,000 individual complaints about ageism in the workplace are made to the Equal Employment Opportunity Commission every year. Discrimination on the basis of age is actually on the rise in the USA, according to a 2013 study conducted by the AARP (American Association of Retired Persons).

Almost two-thirds of surveyed workers between the ages of 45-74 stated that they have experienced age discrimination in the workplace within the last five years, with nine out of ten of these stating that in their experiences, ageism in the workplace is “very common.”

Examples Of Ageism In The Workplace Of San Diego Employers

Ageism in the workplace is rarely as blatant as telling an employee or candidate outright that they are too old for a position or promotion, and in many working environments, passive ageism or a general company culture that rewards youth over experience and penalizes or disadvantages people over 40 is pervasive if unspoken.

In many cases and for many older applicants or employees, the language and approach that a company uses for recruiting or career progression is designed to deter or overlook older persons from the outset. An example of such is a job advert that avoids direct mention of a preferred candidate age range, but instead invites applications from people with a “young outlook,” “fresh approach,” or people who are “recent graduates” or “beginning to establish their careers.”

Specific examples of age discrimination include:

If you have been passed over for a job or promotion, are being treated unfairly, or feel that you are working in an environment where you are being penalized, ignored or disadvantaged due to your age, you have the right to seek legal recourse against your San Diego employer in question.