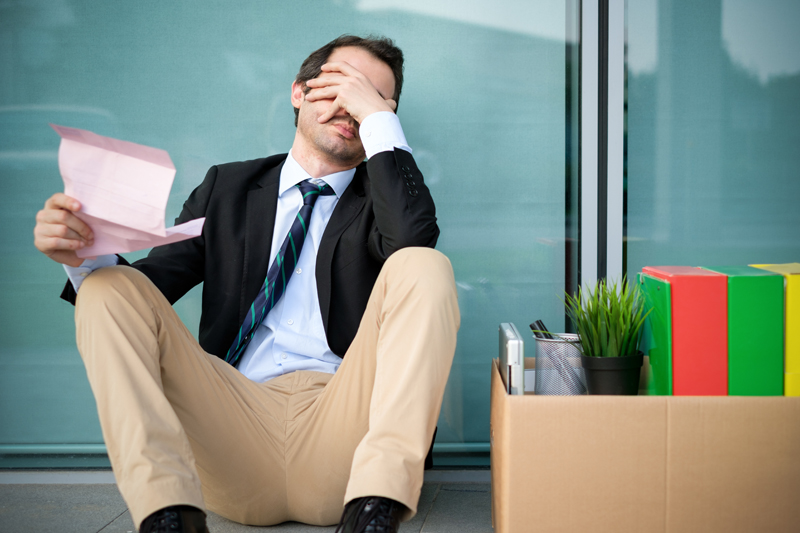 10 Reasons You Could Be Fired

People get fired for many reasons, even some that aren’t their fault. If you’ve recently been wrongfully terminated in San Diego, or your boss is talking about disciplinary measures that may lead to your being let go from the company, then you not only need to know your rights, you need to know the most common mistakes that people have led them to being fired. It’s important to realize that even though these might be common in San Diego, it may take less of an event for you to get fired based on your personal situation.

While it’s not 100% guaranteed that the below 10 actions will get you fired, it’s important to be aware of how such actions can impact your employment status in San Diego.

If you’ve seen “Office Space,” then you probably got a good laugh over the protagonists destroying the printer. Yes, you can get fired for that, even if it’s accidental. If company equipment is destroyed, it’s up to them to decide if the risk of keeping you on (and potentially destroying more property which will inevitably cost the company money) is worth it.

You’ve probably laughed at videos of warehouse workers backing forklifts into tons of shelving which came crashing down. The damage could be thousands more than that employee makes a year, and even with insurance, the loss of productivity that company may experience could, in the most severe cases, cause them to go under.

As far as the Americans with Disabilities Act goes, this area is not generally protected, and it’s often left up to the state legislature to determine whether the termination was valid or not, even if the employee was not under the influence at work. Most of the time this is common sense – if you are impaired, it’s hard for you to do your job and often unsafe.

Fraud is illegal, and while simply botching the fact that you serviced a machine when you didn’t doesn’t seem like a big deal at the time, should that machine fail, and someone get hurt or worse killed, instead of the company becoming liable, they are likely to shift the blame to the employee as the accident likely could have been prevented and was not due to company policy. In a less life-threatening situation, falsifying records could mean the company is fined or shut down by the authorities for not following applicable laws.

No one expects you to blindly follow every command that you are given, and in some cases your right to speak up are protected (such as for religious reasons or ethical concerns). Being obstructive and having a poor attitude, which affects you and others ability to do their jobs, usually means you won’t hang around long.

This is a very broad word, and it can cover many things when it comes to violating a company’s policies. Misconduct can be criminal in the case of sexual harassment, industrial espionage, or theft, but it can also include unethical behavior, bullying, or generally not being a good fit for the company. In states where hire/fire at will applies, misconduct is sometimes used as a way of getting rid of an employee that isn’t fitting well but hasn’t necessarily done anything worthy of termination.

Another example of “misconduct” or insubordination, which is frequently in the news, is complaining on social media. Many companies have fired employees for negatively speaking about them because it damages their reputation, even if the statement seems ambiguous. Office gossip can also come under this category if it creates a hostile work environment for others.

Companies must have solvency which means they have to be able to produce enough profits to survive. If company productivity falls below a certain level, solvency isn’t possible, which is why many companies have targets for employees to meet. If you’re unable to do your job, it puts stress on the other employees to pick up the slack, and also means that you’re not fulfilling the conditions you were hired for.

This is a pretty obvious one. Company theft can be minor like a box of pens, or it can involve thousands of dollars which the company has to then come up with in another way to stay afloat. It’s also illegal and will likely land you in jail.

Companies usually don’t worry about small matters like the occasional non-work related email or using the office copier for 1 or 2 sheets, however, too much of this amounts to theft because it can damage the company’s bottom line. If a company of 1,000 people all took “one or two sheets” it would amount to 1,000-2,000 sheets and a significant loss. Constantly doing this costs the company, and even if there’s no financial repercussion (like using email), this is taking time away from actual work, so you’re essentially stealing time, and therefore money.

Companies hire employees because they have work that needs to be done. If you’re not doing the work and collecting a salary, then they are paying you for nothing, if you’re not at work, then you’re making it difficult for the business to run, even if you’re paid hourly. Time off can also apply to being late or taking too many sick days. Sleeping or napping on the job, so that you’re not really working, can also get you canned.

Much like misconduct, policy is part of employment. It’s likely when you were hired you signed some form of agreement to abide by the company’s rules which may even extend outside of work hours. Many people sign this without actually reading it and have no idea what it contains. While you may get a warning about behaviors against those policies, violating them is a valid fireable offense, no matter what it is. Dating coworkers, social media use, personal conduct, and being paid by competitors are among the most common.

If you think you’ve been wrongfully fired, the best thing to do is look over this policy first and see what it says regarding the company’s reason for termination. While the language can be quite complex, if you’re sure that you haven’t violated this policy or broken any laws, then speaking to an employment lawyer in San Diego like Walker Law may get your job back or even compensation for the inconvenience. Contact us to receive a free 15 minute confidential consultation today.