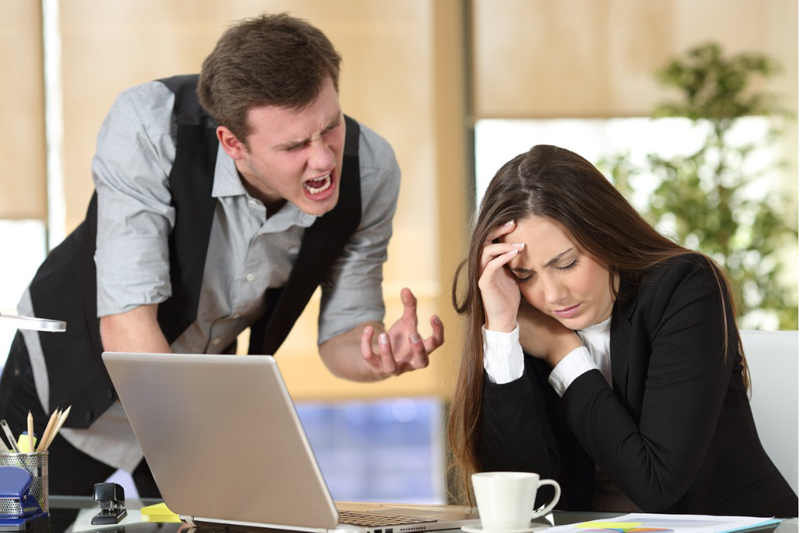 10 Traits Of Toxic Managers And Bosses

Posted on February 4, 2018 in Workplace Harassment

Almost everyone has experienced working for a boss that can be described as “difficult” at some point in their careers – but even so, some bosses and managers seem to deliberately go out of their way to create a toxic working environment and act as workplace bullies to their colleagues and subordinates as their standard approach to management.

If your boss’s leadership style and attitude is creating a hostile working environment, or if they are bullying you and other members of the team and generally, needlessly making your office or workplace an unpleasant place to be, you may be working for a toxic manager.

In this article, we will outline some of the core traits displayed in San Diego by toxic managers and bosses to help employees to recognize when they are working in a hostile or toxic working environment, and share some advice on what to do about it if your boss is a toxic manager.

The Impact Of Workplace Bullying On Employee Performance In San Diego

Being bullied by a boss or being forced to work with a toxic manager can naturally have a huge impact on the employees who have to deal with them on a daily basis, and it also has an acute and tangible impact on employee performance as well as personal wellbeing.

An employee engagement study conducted by HR and legal recruitment portal Randstad USA and reported on by the Society for Human Resource Management indicates that unhappy employees are by nature less productive, and are more likely to shirk their duties or waste company time.

15% of the study’s respondents admitted to taking naps while on the job, and 55% used company time to shop online, while 60% regularly checked in or posted on social media while at work.

Think your toxic manager is driving you to drink? You could be right. The same survey found that 5% of unhappy workers actually drink on the job.

While abusing alcohol and wasting company time are ultimately of course choices made by the individual in question, being forced to perform in a toxic working environment naturally decreases productivity and increases the chances of employees acting out and engaging in inappropriate workplace behaviors as a result.

So, what makes a toxic manager? Here are 10 of the most common traits of bullying bosses and toxic managers to keep an eye out for:

One universal trait of almost all toxic managers is that they are arrogant and hard to communicate with – if you require guidance, clarification or direction, it must be because you’re slow on the uptake, not because they haven’t given you all of the tools that you need to complete the job.

Toxic managers have very fragile egos – they can’t handle constructive criticism, suggestions for improvement, or someone else having a better idea.

Toxic managers aren’t renowned for their laid back, calmly controlled demeanors – they will be easily bored, respond poorly to stress, and be irritable and quick to anger, often displaying a whole plethora of mood swings over the course of just a couple of hours.

4. They can be surprisingly childish and petulant

Many people who have worked for a toxic boss liken the experience to working for a grumpy toddler – one who rules the roost. Toxic managers are often stroppy, childish and petty if they don’t get their own way or think that someone is trying to subvert their authority.

5. They expect the impossible

Toxic managers continually demand more and more from their workers, often setting unmeetable deadlines and asking for the impossible from their teams – and they don’t reward effort, but are quick to punish the inevitable failures.

A bullying boss or toxic manager wants – no, needs – everyone to know who is boss, and they will often manifest this in petty and unnecessary ways, such as by marking out a parking space that no one else is allowed to use – even on the boss’s day off.

7. They belittle other people’s feelings

If you try to talk to your toxic boss about their behavior and how it is affecting you, they’ll probably laugh it off, tell you to toughen up, or accuse you of being weak. Sound familiar?

Toxic bosses are rarely effective at their work – either because they can’t be bothered or because they think everyone else should be doing it for them. Successes will naturally be all thanks to their leadership, but if something goes wrong, they will quickly throw their colleagues under the bus and blame everyone else for the problem.

9. They are highly controlling

Toxic managers are often highly controlling, and mandate needless and arbitrary rules for their subordinates.

10. They see others as tools or obstacles, not colleagues and people

To the toxic manager, there are two types of employees – those that get in their way, and those that can be used as a stepping stone to success. They rarely see their colleagues as actual people, but instead, as tools to be used for their own advancement – or obstacles that need to be removed from their paths.

What Should You Do If You’re Working For A Toxic Manager?

If you are working for a toxic manager in San Diego or feel that your boss is bullying you or making your working environment unnecessarily hostile, you may want to speak to your company’s HR department.

If you don’t feel able to raise the issue in-house, or if you have already tried to do so without success, contact Walker Law now for professional advice from a team of specialist employment law attorneys in San Diego.