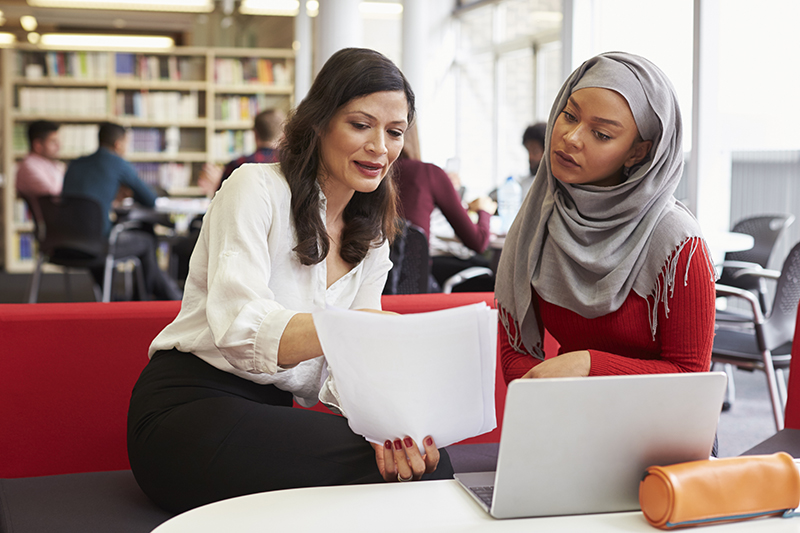 Religion is always a touchy subject, and while the workplace is somewhere that all employees should be treated equally, it can be difficult to know when to draw the line when religious issues are cited. Employers are required to make reasonable accommodations for employees to practice their religion.

According to the 1964 Civil Rights Act, an employee has the right to pursue their religious beliefs and practice within work hours unless it will impose a hardship on the employer to let them do so. Religious practices do not have to be consistent, long held, or even the same as the more common tenets held by others of that religion.

How Is Religion Defined By Law In San Diego?

Title VII of the Civil Rights Act is very broad in how it defines religion. It specifically includes the major organized religions like Christianity, Buddhism, Islam, Judaism, and Hinduism, however it also makes accommodations for any religious beliefs that are not part of a formal sect, or which may only be held by a small group of people.

Under this section, any practice justified by religious reason is considered acceptable while any preferences or philosophies based on other reasons e.g., family or socioeconomic are not covered.

What Are Common Issues Found With Religion In The San Diego Workplace?

Any employee may apply for an exception to company policies based on their religious preference or practices. These practices are only granted on religious grounds and can be refused for any other reason. This means that if one employee wants to take Saturdays off because of religious observances, but another wants them for family reasons then the employee who wants to take the day off for religious observance is the only one that is protected from discrimination.

While the other employee might feel discriminated against, they may ask for a different day, such as Sunday for Christian observances, if their religious beliefs demand that. Other employees may only need part of the day excused such as for daily prayers at specific times.

Another reason employees may need accommodation is because of religious dress or grooming requirements. For example, Sikh men do not cut their hair; Muslim women wear headscarves; Jewish men wear a yarmulke; and Pentecostal women do not wear pants. The Equal Opportunities Employment Commission has an assistance document and fact sheet which explains the most common dress and grooming exemptions because this is the most frequent and obvious exemption employers come into contact with.

Recently, there have been more cases of exclusion in the news based on religious beliefs connecting to birth control. This is covered under the provisions as an employee cannot be forced to do something that is against their personal beliefs. A good example of this is the pharmacist who will not dispense birth control because it is against their religious beliefs. This is protected as their religious right.

How Can An Employer Determine That A Religious Accommodation Won’t Cause Hardship?

The term “undue hardship” is defined as causing a need for extra staffing, jeopardizing health or security, violating seniority, and anything that is more than a minimal financial burden. If any changes were to cause undue hardship, the employer may ask other employees to voluntarily help with shift changes etc., or the employee may be assigned to a different position within the company to accommodate their need.

The frequency of overtime payments to employees who have voluntarily swapped shifts to accommodate such a thing is not covered as their choice was not about their religious obligations.

Can A Religious Employer Force Me To Follow Their Practices As A Condition Of Employment?

The employee may simply ask to be excluded from such an event or for a suitable alternative solution should there be no way to exclude them e.g., having food choices that follow a vegetarian diet rather than a halal diet in the cafeteria.

I Work In A Hostile Workplace Because My Religious Beliefs, Is That Legal?

If the employer knows about this issue and does not act, they are culpable in the eyes of the law. Harassment can come from anyone the victim encounters in the workplace – a supervisor, a coworker, even a client or customer will be covered under this provision.

Some employers simply do not have a policy on discrimination on religious grounds, but it may still affect certain religious groups (such as a policy of no hats to a Jewish man who wears a yarmulke). This is considered disparate impact discrimination and is more subtle than the aforementioned harassment. The employer may choose to make accommodations after being made aware of the fact in line with the provisions, or they may provide reasons why such an accommodation wouldn’t be possible e.g., for safety, and then leave the decision to the employee about continuing their work, changing positions within the company or resigning.

If you feel that you’re being treated unfairly or discriminated against on the grounds of your religion, a professional can determine what rights you have and whether there’s grounds for proceeding. Contacting a San Diego religious discrimination attorney, like Walker Law will give you the best federal and state laws that apply.