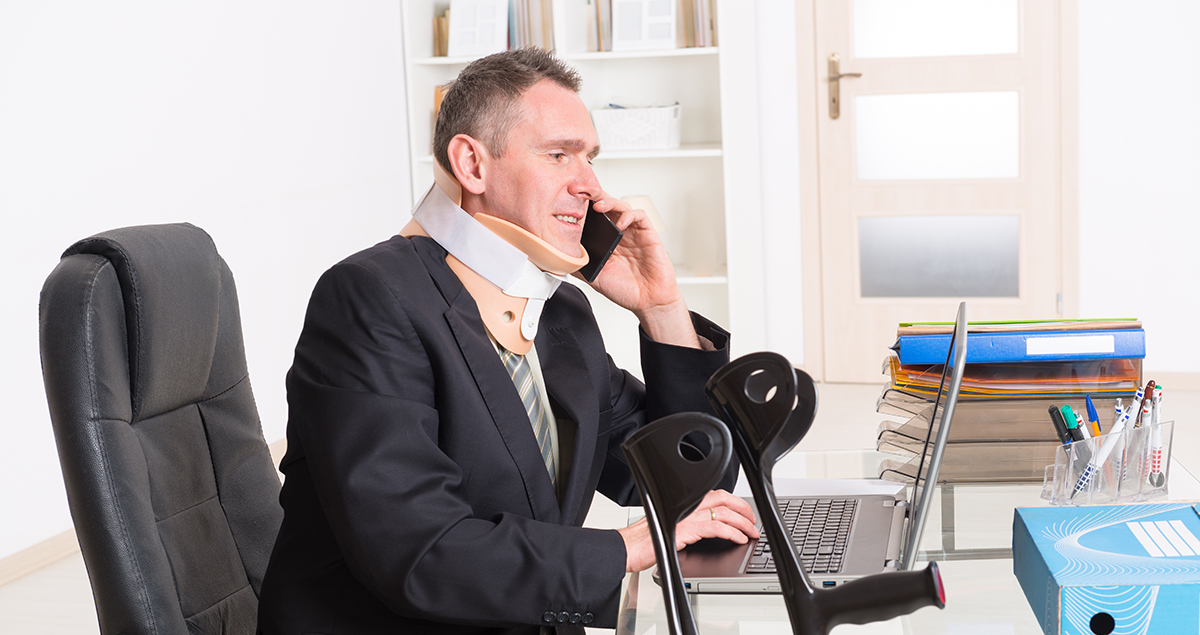 Different Types of Discrimination In The Workplace

Fear, embarrassment, confusion, and anger are all normal emotions to feel if you believe that you’ve been the victim of workplace discrimination. Most people rely on their job to provide for their lifestyle and family, but it’s essential to understand your personal rights. The United States Equal Employment Opportunity Commission and the state of California protect residents against subtle or direct discrimination that occurs at work, and you have a right to seek an attorney for discrimination. Unfair treatment could occur when you least expect it, so be sure to familiarize yourself with different workplace discrimination types.

Women are often the victim of gender-based workplace harassment, but it does happen to men as well. A person may be overlooked for a promotion, offered a lower rate of pay, provided with fewer benefits, or treated unfavorably based on their gender. It could also be considered discrimination if a person isn’t hired because the position is traditionally filled by the opposite sex.

If a man and a woman perform the same job and substantially equal responsibility, effort, and skill are required, they legally must receive the same wage. If you believe that you are receiving less than a co-worker who has a job demanding the same skill, effort and responsibility, you are well within your right to take legal action.

There are a number of federal laws in place that prohibit discrimination that is based on a person’s gender in a variety of circumstances. Here’s a brief overview of each:

Unfortunately, though, there is no existing federal law that explicitly and universally gives LGBT workers protection. Congress is currently reviewing the Employment Non-Discrimination Act, which will explicitly prohibit workplace discrimination based on gender identity or sexual orientation. At the moment, less than half of the states in the U.S. have laws in place that protect workers based on their gender identity/expression and their sexual orientations. Some courts have included transgender people in the protection given by the Title VII of the 1964 Civil Rights Act, whereas others have not. Luckily, California is one state that has embraced gender identity laws. One recent bill was passed in 2017 that demands that transgender people are preferred to by their preferred pronouns. The law also states that people can self-identify their gender, meaning they can use restrooms based on their gender identity rather than their biological sex.

An unmarried applicant could be viewed by a potential employer as a distraction, especially in circumstances that the individual is of the opposite sex as the majority of other workers. On the other hand, an applicant that is married might be implied to have children. They may be denied a position based on unfair reasoning, such as being more committed to their family than work.

There are two acts in place that protect people against disability discrimination. This includes the 1973 Rehabilitation Act and the 2010 Americans with Disabilities Amendments Act. Disability discrimination can happen in many different ways. It can be indirect or direct. Both forms of discrimination are against the law. A person may be wrongfully terminated, demoted, refused a job, or otherwise treated differently based on a disease or disability. Individuals are not required to disclose a disability to their employer, but it may be necessary when requesting special accommodations. The employer may be guilty of disability discrimination if they deny a request for reasonable changes, such as the addition of a wheelchair ramp.

Who is considered disabled under the law?

The term disability means, with respect to an individual, someone who has some form of impairment, be it mental or physical, which significantly limits one or several major life activities. Therefore, an employee could be a victim of discrimination based on unfair treatment relating to the following issues:

The actual or assumed age of a person could disqualify their eligibility in the hiring process, or cause the employer to assume that they’re unfit for certain duties or positions. A younger individual is often viewed as inexperienced or likely to move on from the job quickly. Older candidates may be the victim of age discrimination by being denied new training, assumed to retire soon, or viewed as unappealing to younger customers. Although this is one of the less common workplace discrimination types existing today, there are employers that continue unfair recruitment and employment policies.

If you feel that you have been the victim of age discrimination, the federal law, via The Age Discrimination in Employment Act, will protect you. You are covered by this act if you meet the age threshold, i.e. you are over the age of 40-years-old, and if your boss regularly employs at least 20 people at the firm. It is worth noting that this minimum number of employees is something that does differ from state-to-state, so you will need to find out the minimum employee number for your state specifically. In California, the terms are more favorable for workers, as you are covered so long as your employer has at least five employees. This is because California law follows the Employment and Housing Act (FEHA), which is very similar to The Age Discrimination in Employment Act. The only main difference is that smaller businesses are included.

We’re 5-star rated, highly professional, and here to help you. Let’s talk about your situation and find out if you have a case today!

Religion includes all elements of religious practice and observance, as well as belief. This includes traditional and organized religion, be it Judaism, Islam, Christianity or any other type of religion. It also includes those who have unique sets of beliefs, yet they must be meaningful and sincere. This does not include mere personal preferences, nor does it include economic, political, or social philosophies.

What federal law covers religious discrimination in the workplace?

Moral, ethical, and religious beliefs of an employee or candidate must be respected at all times by an employer. The federal law that protects individuals from religious discrimination is Title VII of the 1964 Civil Rights Act.  Unfavorable treatment could include offensive remarks, segregation, or failing to make requested schedule adjustments on special holidays. The only exception that an employer may take is making accommodations that would cause undue hardship, such as creating a burden for other employees.

Racial discrimination is covered in the Title VII of the 1964 Civil Rights Act. This means that an employer cannot discriminate against you because of your race in terms of any employment privilege, term or condition, including job training, compensation, promotions, benefits, discipline, firing and hiring.

Racial forms of harassment that occur in the workplace are strictly forbidden by the law, even if the employer is the same race as the victim. Unfavorable treatment can include:

With regards to racial jokes and slurs, and what counts as discrimination and what doesn’t, the nature of the offense is very much taken into account. However, isolated incidents, offhand comments, and simple teasing are not prohibited by federal law. For legal action to be just, the conduct needs to be severe or sufficiently frequent enough to generate a working environment that is offensive, hostile or intimidating.

Applicants and employees that are pregnant are often subject to discrimination rather than provided with reasonable accommodations. In California, many of these cases involve an employer that believes that their actions are protective of the pregnant woman. It is considered pregnancy discrimination, even though there may not be any malicious intent. A pregnant female could also be denied employment or fired based on the assumption that she will be unproductive and need to miss work often.

Do I have to tell my potential employer I’m pregnant?

It is important to note that you are not required to tell potential employers that you are pregnant since they are not legally allowed to make hiring decisions based on this, although you may wise to tell them so out of courtesy so they know you will need time off later down the line. The same applies to your current employer. You are going to require leave at some stage, so it is best to let your boss know.

There are a number of federal laws in place that cover discrimination of this nature. This includes the 1993 Family and Medical Leave Act, the 1978 Pregnancy Discrimination Act, and Title VII of the 1964 Civil Rights Act. The 1978 Pregnancy Discrimination Act was designed to clarify that any form of pregnancy discrimination, or any discrimination based on medical reasons or childbirth, is deemed a type of sex discrimination. The 1993 Family and Medical Leave Act means that any employee – female or male – has right to 12 weeks of job-protected leave to recover from a serious medical condition if they have been at the company for at least a year and the business has more than 50 employees. Being pregnant counts as a serious medical condition.

Males and female alike are the victim of unwanted touching, inappropriate remarks, and pressure to perform sexual favors for those in the workplace. Sexual harassment is one of the most common discrimination types, especially if the victim is punished for showing disinterest. It can happen to any gender by co-workers or employers, and the law protects against this type of treatment.

Individuals that witness or experience some form of workplace discrimination are often afraid to speak up for fear of retaliation. It’s against the law to retaliate in any of the following example circumstances:

What To Do If You Have A Disability Discrimination Case

If you believe that you have a disability discrimination case, you should contact a San Diego attorney right away. Delaying your claim could potentially harm your chances of receiving the compensation that you are owed. If you would like someone to review your case today, send us an email or call Walker Law at (619) 839-9978 to schedule your free consultation.